Good morning Patrick, how are you today? You’re really busy at the minute, can you tell us a bit about what you’re working on?

I’m doing pretty well thanks, hope you’re well too. As well as squaring off the final year of my degree I’m running my label Birkhouse Recordings, putting out electronic music. We’ve got a radio show next week with our friends from Oakum and a live showcase in Manchester the week after so it’s full steam ahead with preparing for those. Aside from that I’m producing and DJing dance music music as Canoe Club and just released an EP as one half of Pal with Bristol vocalist Morgan Barfield. 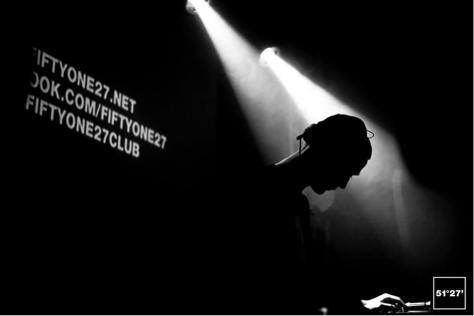 Wow that’s amazing to hear, music seems to be synonymous with your life! Please tell us abit about Birkhouse recordings, how did you get started and where did you meet the artists you’ve been putting out?

Roughly a year ago I decided to start connecting the musical and social dots between friends of mine from across the UK. We’d all been producing, DJing or performing electronic music in one way or another for a while but seemed isolated as individuals or small groups. Starting the label was the best way I could think of to get all these seemingly disparate people and styles together to make, record and release the music as a cohesive whole. We started out jamming in my bedroom, patching together whatever bits of hardware, guitars, controllers and laptops we could get together and just hitting record. January of last year year saw the release of our first tape and we’ve continued releasing cassettes as well as throwing some events along the way.

Is there a particular sonic aesthetic that Birkhouse represents, or do you showcase various musical styles?

It’s pretty much just a whole heap of different electronic music styles. Noisy stuff, beat based things, ambient bits – whatever the artists want to make I tend to put out. When I offer someone a release it’s because I already trust their creative process; every tape is therefore a totally open platform to the artist, free from the influence of what came before or what’s to come after. I think pigeon holing someone’s creativity is the most destructive thing a label could do. I try to find the right people to work with and just let them do their thing. Plus it’s more fun to keep everyone on their toes; there’s such a strong copy and paste culture in electronic music these days, what’s the point in putting the same sounding release out twice?

Beautifully said man, Highest Frequency shares that sentiment wholeheartedly. You’re latest release, Pal, is a collaboration between yourself and vocalist Morgan Barfield. Was this your first time working with a singer and how did you find the process?

I’ve played keyboard/vocals in Bristol band Archimedes but this was my first electronic/production collaboration with a vocalist. The process writing and recording with Morgan was a really fun and interesting one. We shared overlapping but also distinct tastes approaching the project, which meant our influences became more than the sum of their separate parts. Having someone else to bounce ideas off meant the tracks took different, sometimes unexpected directions to my solo productions. It’s also easy to get stuck in a hole with a bad idea when composing solo, but with two of us things never stagnated for long.I have to say the EP sounds amazing and the synergy you created has really produced something special. What does the future hold for Canoe Club as a solo artist and are there any other collaborations in the pipeline?

The next step for me is moving back down to my home town of Bristol this year. I plan to keep growing the label (putting on more live events and DJ nights), as well as shifting my DJing and production up a few gears once my University degree is finished. I’ve not got any concrete collaborations in the near future but I expect a few new projects will come up. I’ve got a huge amount of talented people around me writing and producing a range of styles of music and it would be a pleasure to work with any of them!Fantastic, the world is your oyster what are you listening to at the moment? Which labels and producers are floating your boat?

For my DJ sets I’m loving the latest Hidden Wax two-tracker from the legendary Rick Wade – both sides are absolute fire and sound huge on vinyl. Since we’re on the subject, for something a bit more left leaning I’d have to recommend the last couple of EPs from their digital sister label Don’t Fret too – fantastic examples of musical sound design from both Daniel Ruane (previously released on Birkhouse as Blue Cube) and Trinkkets. Also, both of FKA Twigs EPs are also doing it for me massively at the moment – her vocals and Arca’s production are a match made in heaven.Awesome. Who is your favourite Highest Frequency artist? (besides yourself)­

That’s a pretty tough one since the compilation spans so many styles which I love. That said, I do dig the Atlas stuff. Some tasty sampling!

Where can people go to hear your music Patrick?

And where can we go to hear the sounds of Birkhouse Recordings?

All label releases, mixes, videos and social media links can be found at http://www.birkhouse.info

My solo productions as Canoe Club can be listened to at http://www.soundcloud.com/canoeclub

Patrick thank you so much for your time and your contribution to this project. We wish you all the best for the future, stay blessed

Thanks to you too Max and everyone at Highest Frequency and Saving Grace for the support!

You can listen to the back catalogue of Birkhouse Recordings at:

You can stream & download the Highest Frequency MINIMIX here: