With just weeks to go until his long awaited new single ‘The Only Way I Know’ drops, hip hop legend Savvy aka Asaviour is giving his die hard fans the chance to get a copy before anyone else – and to look on point while they do.

Known for his inimitable style and swagger, the Huddersfield based rapper, producer and lyricist extraordinaire has launched an exclusive limited edition tee and with every order fans will receive a free copy of the new single – before anybody else gets to hear it. What’s more if you wear the t-shirt to any of Savvy’s up and coming gigs you’ll gain free entry. 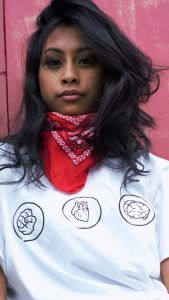 The attendant kept his cool (I would have rolled my eyes or worse) and replied — carefully — that it was his job to make sure that people follow the pool rules, and “no running” is pretty much the universal pool rule. The dad pushed back and added some aggressive posturing to intimidate the pool guy, saying that he didn’t see anything wrong with what his kid was doing, so, as far as he was concerned, the pool guy needs to back off. In summary: The kid was free to run at the pool because the dad said so, fuck the pool rules, (this is America!) nobody tells my kid what to do except me.
Uh, ok.

The iconic design, which is already whipping up a storm on Instagram, symbolises ‘The Battle for Hearts and Minds’ (#tbfhm) – the title of the rapper’s latest LP.

The much anticipated release will once again see Savvy team up with his band The Savoir-Faire to fuse neo soul and funk beats, indie riffs and funk electronica with the rapper’s now legendary lyrics and flow.

A renegade on the urban scene thanks to his ability to cross genres and his thought provoking take on modern issues, Savvy has quickly become one of the UK’s most exciting talents.

He said: It’s all about blurring the lines and this is the perfect way to connect with my fans through fashion, music and art. We all face a struggle between doing what heart and intuition tells you is right and what brain and logic suggests. It’s light and dark, it’s ying and yang, and it tests us all. We all face the same yet each experience is new. As a creative individual I am inspired by this and the choices we make.

“The Battle for Hearts and Minds” will tackles some of the most taboo topics in the Western World. This isn’t just a tshirt, it’s the start of a journey. So come on and join me, follow #tbfhm challenge your thoughts and perceptions and see the world through the eyes of others. As a gift to you, each fair trade, organic tshirt comes with an exclusive free download of the first track on my forthcoming album. Peace and blessings”. 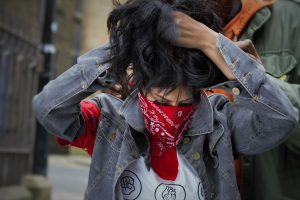