Things are good, they’re stressful and demanding, but also very exciting, thanks.

First off tell us about your background in music, are you a producer or DJ yourself or just the an events man?

I started making hip hop beats on my MPC 1000 when I was around 17-ish and got into Low End Theory, Flying Lotus that kind of stuff. Took me a while, but at some point I got into the earlier Warp records stuff, like Aphex Twin. Then I’ve read the Stockhausen interview on him and got into that world and now it’s all over the place.

I’d say I mainly organise sound in a way that interests me. I’m neither a producer, nor a musician in the classical sense. Whatever it is I do was born out of curiosity and I’m really enthusiastic about it.

Where were you born and when?

I was born in Bonn, 1992. It used to be Germany’s capital before Berlin, but its a small city and I grew up in Niederbachem, way tinier than Huddersfield for example.

Oh okay….Germany’s got rich history in electronic music, with the likes of Kraftwerk, Frank Farian and Giorgio Moroder etc. Do you feel any affinity to what they did or are you on a totally different wave. Did Germany influence you musically?

Its funny, because I was always influenced by Dilla until a point where I was a bit bored of how stubbornly close minded some people in that world were around me. Only after moving to the UK I started to listen to German electronic music. My favorite label at this point is Raster Noton and PAN.

In terms of affinity, I must admit its a completely different generation so Kraftwerk etc don’t really speak to me, as much. I know they’re pioneers and the beginning of a lot of things we like and make. So in that sense they have an impact, but you can always go back further in time.

Germany definitely influenced me, but at first it was a bit of a love-hate relationship, because most people around me were making quite generative music copying what was “hot” in other countries. Only after getting into techno and more “conceptual” music I felt that this world started to have an influence on my music and taste in things. I know this sounds really high brow, but I feel there is more than one level on which music can be experienced. I started to open my mind in fear of missing out and I’m glad I did.

What inspired you to come up with a night like this, why scope plus or is just the fact it’s a cool name?

I’m glad you consider it a cool name, coolness will always have to be important for us to not become boring. Lucien, my friend I’m doing Mutualism with, and I went to Darkstar’s album launch at Huddersfield’s Bates Mill and said: In a year from now we’ll be working on an event here. 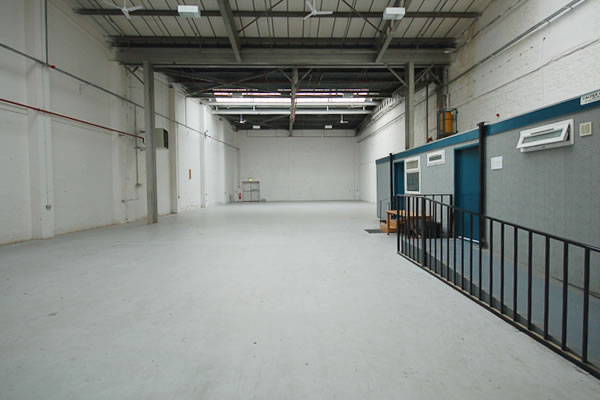 We went down shortly after and introduced ourselves to Richard Bates and were allowed to record field recordings there (watch out for a free sample pack being released soon) and decided we need to start planning an event. Spending hours on writing a proposal for funding we thought we wanted to build a platform for local musicians to play alongside established ones they look up to.

Another aim was to explore the middle ground of the avant-garde and popular music world, by booking 2 headliners from different worlds and explore what electronic music can be in its full spectrum. “Scope” indicates a start and an end, “Plus” indicates there’s no real end, since electronic music is evolving. We’re hoping to do a second event and more, so the “Plus” indicates there’s something after the present project. I hope that makes sense.

So tell us about your team who does what?

At the moment I’m mainly working with Lucien who’s been there from the beginning, he’s brilliant, he has amazing ideas and is a really great thinker. He makes music too, he’s setting off for a long journey of finding his workflow and sound, but the way he approaches it I see a bright future for him.

The other member of Mutualism and Scope Plus who was there from day 1 is Helge Ebinger from Berlin. Long story where I know him from, but he’s part of the curational process and pulls strings from and in Berlin. Best musician I know, look out for his releases on Mutualism at some point.

Its a bit hard to explain who’s doing what, since we’re constantly reevaluating that. We’ve never worked on such a big project, so we’re all doing everything all the time, which is not ideal, but I’m a bit of a mess.

We’re also working with a extremely strong design team with Darius Ou Dahao from Singapore, Sebastian Zimmerhackl from Berlin and Mak Simay from Frankfurt. It’s hard to communicate with 8 hours of timezone differences, but I like working with them.

Shoutout to Joe Qj for his amazing job on the mutualism.uk page, his release on our label, Joshua Burns for always driving our P.A. around and supplying happiness, Benaiah Matheson for always being excited for every stupid idea I have and everyone else I’ve not mentioned (sorry).

What motivated you to use bates mill as a location? the space looks awesome!!

We could’ve done that event anywhere in Leeds or Manchester and minimise the risk, but that would’ve been less exciting. For one it was where we decided to start doing events and building platforms for musicians and ourselves.

As you said, it’s a more than stunning venue, Richard and Nigel Bates are great people to work with, with a similar approach on creativity to ours.

Besides, Huddersfield and the Mill are almost like empty canvases. Yes, there are things already happening, but we feel there can be more. Huddersfield feels like a playground with its empty spaces. To me, all of this feels like I’m exploring things, rather than becoming part of something that has been explored already. What we do is very organic and the outcome on the long run is extremely hard to predict which makes it very very exciting too, thanks to the nature of Bates Mill. 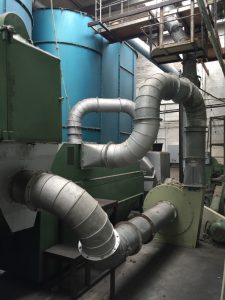 How have you approached the programming for Scope Plus (basically what happens when)?

The event is three-fold. We start with workshops on Arduino, Max Msp and Live Coding in the early daytime fading into the exhibition and ending the event with the performances.

Our aim is to make electronic music more accessible, so we want to introduce new and forward thinking technologies to our audience. The installations use a lot of the technology explained in the workshops. Arduino is a good example, it’s a little chip you can build electronic devices from, like little robots, midi controllers, or even synthesizers.

One of the installations will be light boxes reacting to the live sets, made reactive with Arduino. Another installation by Tom Wilson, will use a similar chip to transmit sound onto LED strips.

Most of the curated artists were working with us before and inspired us to aim to build a platform for them. We are very confident in the quality of their work. 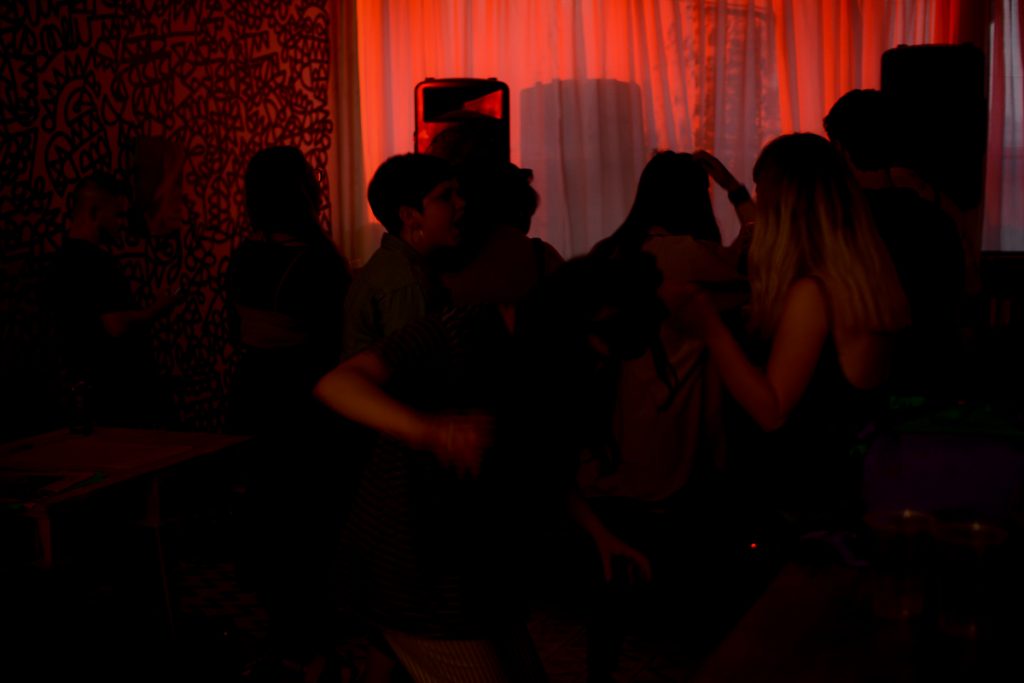 What genres will be represented at Scope Plus, what artists can we expect to see & hear?

I often find it hard to think in Genres, since I’ve started to think more in music labels. I feel a good label should be able to be its own genre, different musical styles with a certain feel to it.

I would say I really like P-A-N, Raster Noton, Warp, Stones Throw etc for the reason, that they feature a wide range of musical styles while you can usually say: oh I can see this being released on this or that label.

Giuseppe comes from Hip Hop, or at least it’s what I’ve read, but then moved on to make more challenging music in terms of rhythmic and process. He works in somewhat unconventional ways, but still has his computer as his main mean of music. He’s such a versatile artist with a very strong sound.

Visionist comes from Grime and developed his sound into something that is still attached to that world but really disruptive. His last album was quite genre bending and deconstructed for that matter (Visionist – Safe on P-A-N).

Furthermore there will be performances by artists from Leeds collectives Permahigh, 8 Mana and Leftovers, all settling their sound somewhere in the experimental side of music, but with different focuses and backgrounds, while still being really compatible with the headliners. They really push the limits of electronic music and help us paint an even more elaborate picture.

How would you define Huddersfield, Leeds the northwest underground electronic scene at this moment in time?

I would define Huddersfield as somewhat conservative, in terms of how people aim to build their “careers” or whatever you want to call the path they chose. Huddersfield comes up with good musicians through its university, but no-one stays around for long. We hope our event can create the platform they’re looking for in other cities.

Leeds is really interesting, since its scene is very organic. It’s not about who is being booked from London, Berlin or wherever, but about who is putting on things locally. We’ve managed to put on really nice nights in the basement of a fancy dress shop (Hyde Park Book Club), for example, with amazing musicians. Leftovers put on great nights, Treehouse, Soft Verse, 8mana, Permahigh etc are great people doing great things the purest of intentions. You have to love the energy.

If you go to Manchester (great scene as well) it’s different, you look at the events that are taking place and think: Wow they got it going on, but the amount of outside bookings don’t necessarily mean the scene is thriving. I feel it’s about what comes from a place, not about who is brought there.

Taking this a step further I feel it’s about both and connecting the local scene to the outside world.

What are your hopes and dreams for the future of Scope Plus?

I hope we can grow this into a sustainable platform, where we can bring exciting musicians over and have them interact with the local scene. If we book someone established it is important to us, that the whole night won’t revolve around them. It’s idealistic as hell I know, but we want to get rid of the whole idea of “pre-acts”. We hope we can maintain the quality of artists we have performing/exhibiting alongside the established ones and not just be “another venue booking this or that guy”.

Parallel to that we want to grow Mutualism into a label and release music we like.

Okay Julian thanks for you time and all the best with this really exciting event.

Your can find out more about the event via Facebook

You can also buy tickets via Resident Advisor