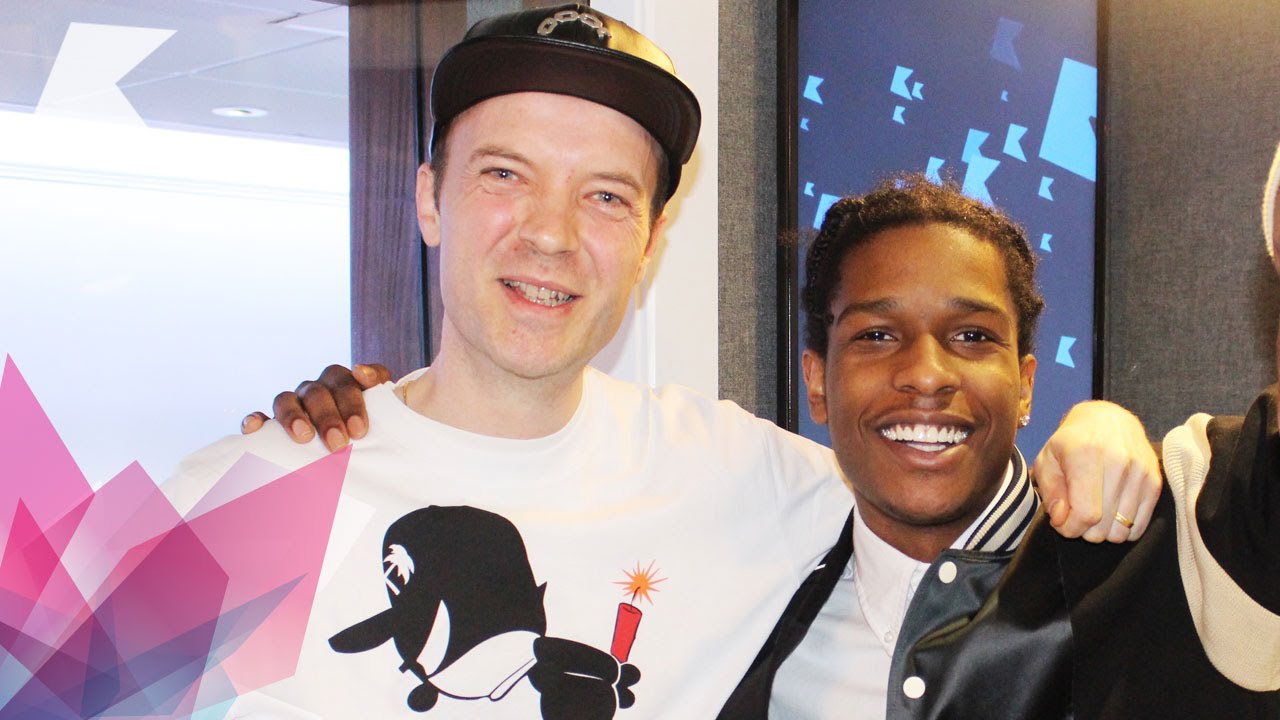 Right so straight to it mate I know your not down with any “long talk”…..you were over at the Redbull studios in the states with Dizzee Rascal recently, can you yell us what that was about?

Yeah Redbull approached Dizzee about doing the Boy In The Corner Show a yar ago I think and they worked it out and made it happen. It was incredible. History. That album is so ahead of its time beat wise, the lyrics, the structure, everything. The show sold out in 20 min and it was such a sick show with amazing vibes and energy

I was a Graf writer, into Hip Hop in the the late 80’s. Got caught then decided to get decks as I already had a decent record collection and taught myself how to Dj.

Seems like grime is really stating to get accepted in the states and even embraced & loved in places like Canada. Do you think its something that will last or do you think its a fleeting fancy?

Things go round in cycles. I’ve seen the first brief interest in MC’s from the UK in the late 80’s. Cookie Crew worked with Prince Paul, Hijack got signed to Ice T’s label, Derrick B did a track with public enemy etc. At the time these things were huge, just as huge as say Skepta doing tunes with Drake. It’s a interesting question as I’ve just come back from NYC, and with things like YouTube there’s a whole generation of kids out there who have looked for something different and found this new sound from the UK.

Do you view Grime as a separate beast from Hip Hop or more of a subculture you know like trap, Miami bass, drill, glitch whatever?

A lot of what the media would label grime as is just trap beats, which is just southern Hip Hop. so to me if a mans Spittin over some beats like that to me it’s Hip Hop. Jus a Rascal or fix up look sharp would be labeled as Grime at the time but that’s Hip Hop.

You also DJ for Roots Manuva how does that play out against spinning for Dizzee. They’ve got very different sounds so I can imagine your approach might have to be different right?

The Roots Manuva shows are more laid back and the Dizzee Shows have more energy with bigger hits. Both are different but amazing.

Are there any artists you’re really impressed with right now?

CASisDead is one of the Best MCs for me right now in the UK.

With the rise of trap & drill it seems like Hip Hop used to be more lyrical, How do you view the new wave of emcees do you like, dislike or do you have more of a move with the times outlook?

It’s mad because in hip hop now lyrical content is at a all time low. It’s depressing thinking that hip hop used to educate you with the likes of Bdp, PE, X-Clan, Brand Nubian etc. We are living in a new fast world where information is at everybody’s finger tips. Everything is a product therefore Arts and anything creative has been bought up and sold. In the late 80’s there were literally hundreds of labels putting out hip hop. Now there are 3 majors who run everything.In 1990 jive records were cool with Tribe selling 150,000 copies of there first album… Labels used to “develop” artists. Now if you don’t sell quarter of mill downloads and sell your soul on a 360 deal u don’t get a look in. Violence and stereotypical images are easier to sell to the masses then positive images with intelligent lyrics in 2016, which is a sad but true fact.

You used to be London’s mixtape king (well that’s how i saw it anyway) your tape held the presence of LP, obviously the nature of mixtapes has changed quite a bit do you still feel they are relevant?

It’s changed. The Mixtapes were the Internet of the time. If you wanted to hear music before radio, before release dates, before anything, you had to check the mixtapes. I’m just glad I was about at that time when the whole mixtape thing was new and exciting. I could get mc’s like Supa T or Roots Manuva who in the mid 90’s only a small circle of people would know. Record some freestyles in my yard, put them on my latest mixtape, press them up, sell them, then in the following weeks kids from Australia, Croatia and America would be listening to them. Mad.

What do you most enjoy about being a DJ?

It’s the best job in the world. The enjoyment you give other people through music, get to travel the world, meet amazing people. 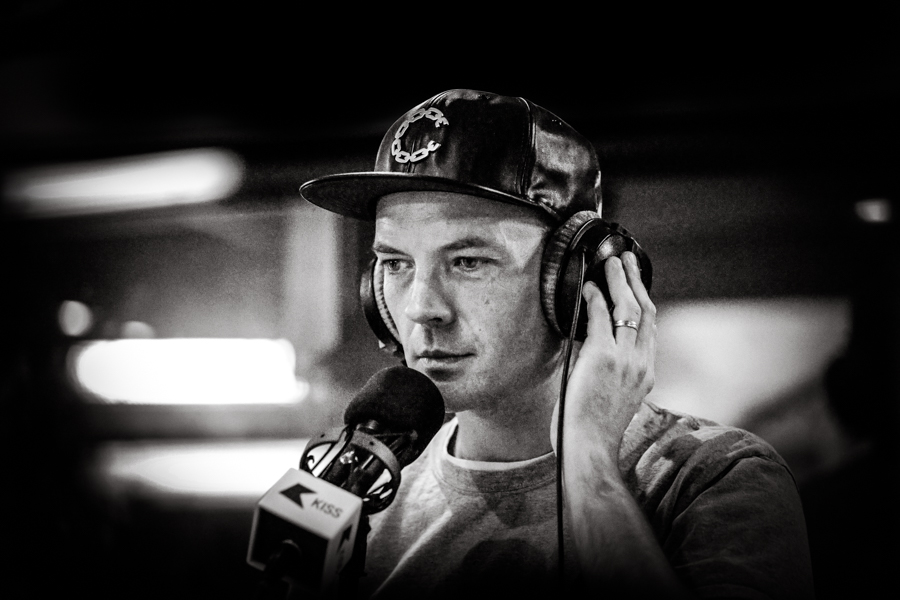 What do you least enjoy about being a DJ?

Doing a 32 date tour for example in 35 days is pretty hardcore. Lack of sleep sounds a bit lame but it’s a killer. After a week of surviving 3 hours sleep travelling to a different country every day, not eating properly, it all effects your health. I used to hate carrying three crates of records around the world but now it’s just my laptop, Serato vinyl and USB keys.

Looking back over the years so far what are some of your most memorable moments, you know great gigs, places, amazing performances you might have done or seen etc?

There’s been loads. In the early days it was simple things like when we used to do a night called “The Hop” at The End Club which was my first residency in the 90’s. Just to be able to Dj every month to a packed club full of my peers was a incredible thing to me. I’ve dj’ed at parties for Jay Z, Mark Ronson, Dustin Hoffman, Tom Hardy which are all surreal but lots of fun. DJ’ing in front of 130,000 main stage at Glastonbury with Dizzee has got to be up there too. I’ve also dj’ed at Sick parties in places in the world I thought I’d never get to go to like Jordan, Lebanon, Egypt, Bulgaria, Russia. I’ve been blessed, Dj’ing had taken me around the world.

If you could travel back in time and chat to a 10 years old DJ MK, what would you say? 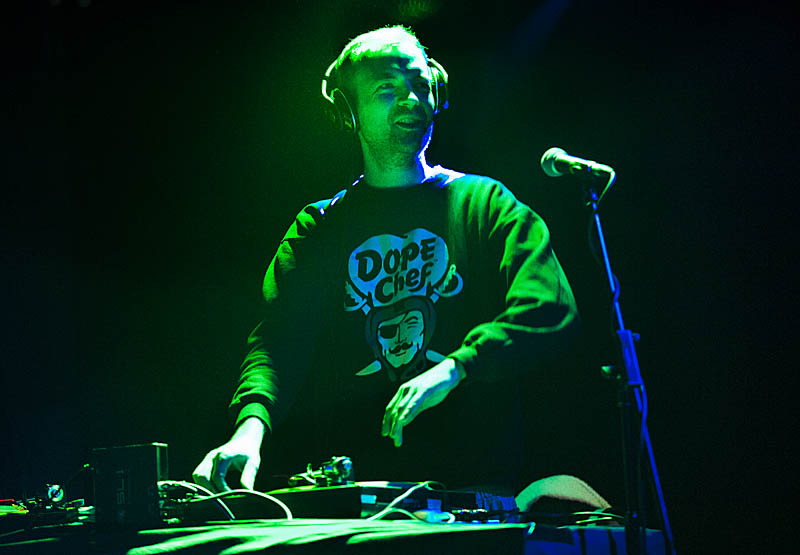 You produced yourself right, you’ve had some records out in the past that MK series was pretty cool?

Yeah, I started a label called D’Arblay Records which has got a release this summer. Plenty more to come.

Can we expect anything in the pipeline from MK?

Okay where can people find out more about you?
Twitter: @djmk