The response so far to Savvy’s long awaited long player “The Battle For Hearts And Minds” has been outstanding so much so that we’ve decided to giveaway a very rare special test pressing of the double vinyl album to 1 lucky fan. The album is already being lorded as one of the potential top albums of the year, so this test pressing could become quite the collectors piece in the future!

Just check out some of the early reviews:

The new album from Savvy ‘The Battle For Hearts And Minds’, an absolute belter of an album! I don’t listen to much hip hop stuff these days, but this piece of work has blown my mind, a first class production…a real contender to be placed high in the albums of 2018… Vinyl Tap Records

He who shouts loudest doesn’t always win. On “The Battle For Hearts & Minds”, emcee/producer Savvy reflects on the state of the world we’re in today. He does it with powerful introversion: without the need of big words, and without shoving anything down the listener’s throat. Instead, he shares his thoughts and feelings with care, over dark and edgy beats that add the power to it. It’s a contemplative fight between emotion and rational. The winner? That depends on the listener… – TheFindMag

The human condition analysed in that cold up North flow, Savvy aka Asaviour takes risks and expands outside of his bread and butter in ‘The Battle for Hearts and Minds’, with extensive, well rounded theatre addressing the state of the world. – mololithblogger

An eclectic body of work with a conscious thread that holds the well thought out themes explored together… A wholesome, nutritious and distilled project, a far cry from the fast food mutterings that you hear on the radio these days” – Caton Manifesto

‘A slick mix of darkly futuristic beats with Savvy’s heartfelt rhymes, linked by Lisa Luxx’s rapt poetry. This is a battle for hearts, mind, feet, and everything else on your playlist as it’ll be all you listen to for some time. ‘ – Tiernan Douieb

This album is a bit of a journey, its to be taken as a whole…Savvy has created a bit of a wild ride that leaves you with a few things to mull over…It may be a harsh album, but it’s an exciting and inciting one..every track is rather strong…an amazing achievement really – themusicsite.com

Savvy helps us to understand the significant visceral layers of the battles we undergo with the diction and poise of an a-le-carte menu. Musically this album gifts us a plethora of uniquely ‘Savvy-esque’ styles to absorb & rare journey into overstanding someone who’s actually listening & fundamentally spot on. Overall I feel more connected to his personal ‘Battle for Hearts & Minds’ with a sense of a well deserved inner applaud in him achieving his self projected manifesto. – BenaiahMatheson.com

The album is introspective, reflective and critical of social structures in terms of message, production and vocalism, its Savvy’s strongest offering to date – KLTV

All you need to do to win is:

2. Share a song or video tagging @iam_savvy including the hashtag #TBFHAM and we’ll add your name to our list.

The winner will be selected on the 30th of June and notified via their social media account. 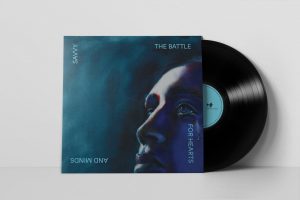 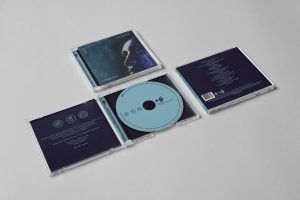 You can hear the album via: Spotify, Bandcamp, Youtube or itunes
You can view his videos via: Youtube
You can purchase the physical album via: The Saving Grace Store